The archaeology of this region will be a key target of the project field research in the highlands. Unlike neighbouring regions such as São José do Cerrito and Lages, which count with a long history of research beginning in the late 1970s, Campo Belo do Sul was uncharted territory until the discovery of the Abreu & Garcia mound and enclosure complex.

The latter site is a well-preserved mound and enclosure complex which has been excavated by the project and produced an extraordinary sequence for a series of Jê burials, with each internment demonstrating evidence of a different from of mortuary rite. The enclosure is also interesting because it is set out in a linear alignment with a smaller mound and enclosure complex and a solitary pit-house, thus forming a wider ceremonial landscape comparable to examples seen at Pinhal da Serra. As in that region, the paired enclosures of the Abreu & Garcia site could be related to a past moiety system.

At a wider landscape level, preliminary surveys have started to reveal the potential of this region for a comparative understanding of Jê settlement patterns. Mound and enclosure complexes are just starting to be discovered on hilltops surrounding Abreu & Garcia. On the prominent mid-slope ridges that face the Caveiras River and its tributaries, many surface lithoceramic sites have been found, pointing to a high density of this type of site in the region.

Pit-house sites in Campo Belo do Sul have unique characteristics. The Baggio site is organised around an inner precinct with formally arranged architecture, including a centrally-placed very large pit-house at a hilltop and surrounded by mounded areas. The variation between the domestic sectors of the site have the potential to enlighten aspects of social organisation at Jê pit-house villages and how they are materialised in house architecture and village-level public spaces. 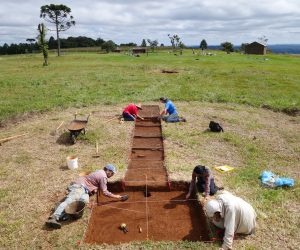 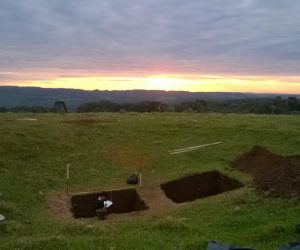 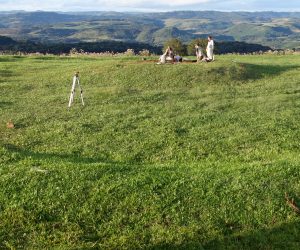 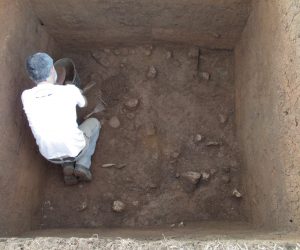 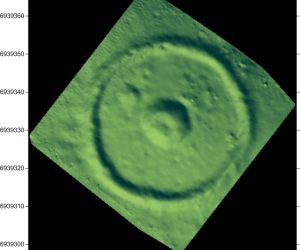